What would you rather? 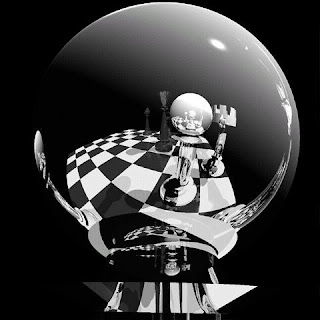 What would you rather do? --> THE DREAMS
a) Become a grandmaster
b) Beat a grandmaster (of your choice!)
c) Win the Canadian Open
d) Win a medal at the Olympiad
e) Travel to every country to play in chess tournaments
f) Have every living grandmaster in your town for a party!

What would you rather do? --> THE NIGHTMARES
a) Miss your flight on the way to an important match
b) Lose to your younger sibling/relative on TV. If this doesn't apply to you, lose instead to the most annoying person you know.
c) Spill a drink on a grandmaster during their game
d) Lose every game you play for the next six months
e) Play an entire weekend chess tournament in a bunny suit
f) Play against the person in the bunny suit, lose, and have your game + game photo on the front cover of the Toronto Star.

Also check out the new joke and puzzle below!
Posted by Hazel Smith at 11:07 AM 6 comments: 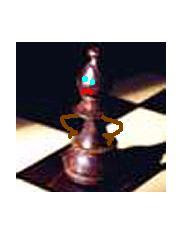 Why was the bishop sad?
Because it was always left in the dark! 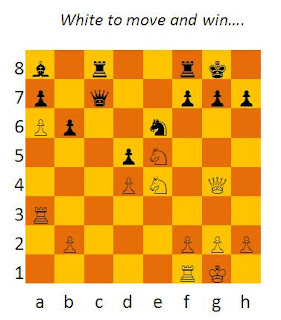