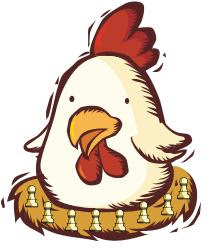 Okay this one's a bit silly...
Why does a farmer like to play chess?
Answer: He likes to keep checkin' (chicken)!
Posted by Hazel Smith at 10:39 AM No comments: