This event was held quite awhile ago (Mar. 30), but I thought I should post these photos anyway: 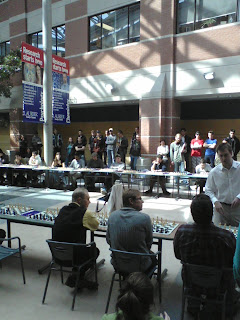 Mark did a great job communicating with participants. Above, he answered a question before the start of this participant's game. As you can see, when Mark speaks, he commands attention of everyone around him - people were so interested in what he had to say! 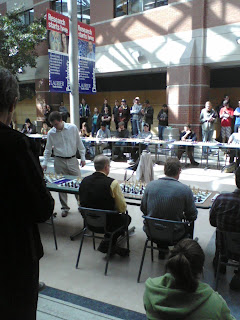 Mark made his way around the simul tables at a very fast pace. Sometimes he would stop at a board, but rarely stand directly in front of it. Above, you can see his angled posture - ready to take down his next opponent! 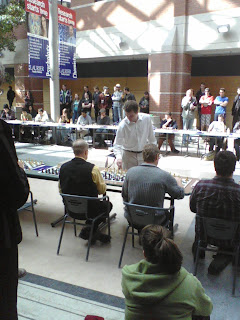 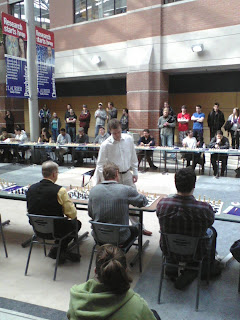 ...and proceeding once again. 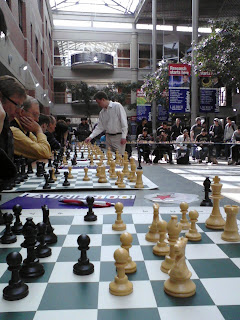 I would call this my 'front row seat', at least for a simul. Notice the intensity! 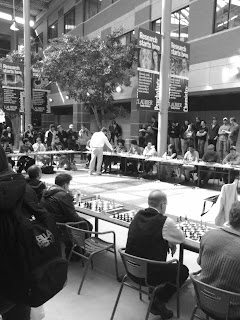 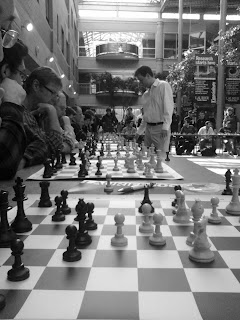 My 'front row seat' view in black and white. 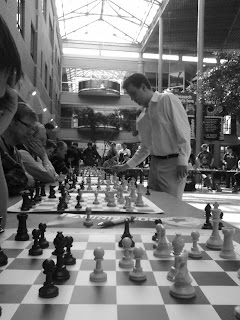 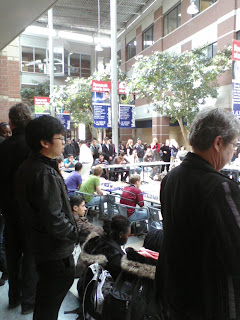 Crowds grew quite large throughout the simul. Students, faculty members, even parents and people from the community! Above, my photo got squeezed out by the crowd, but I love it! 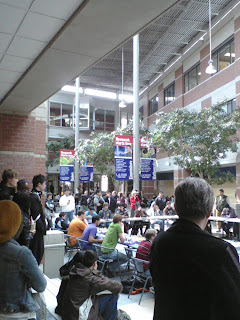 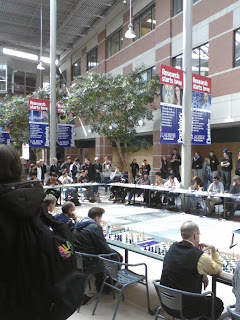 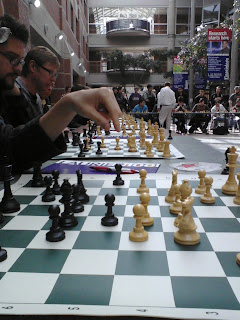 This photo was a bit of a joke. My friend didn't want me to take a picture of him playing his game, so we agreed his hand could be famous instead :) 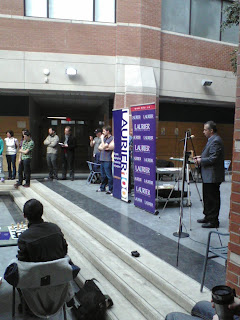 There were a bunch of cool Laurier posters that completely roll up after use (talk about convenient storage!) and a microphone for announcements + speeches. At the microphone above is Dr. Hasan Shodiev, a physics professor interested in promoting chess at Laurier. He organized the whole event! 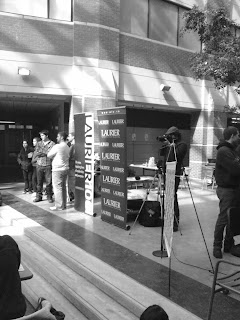 We also had a few journalists and photographers! Smile! 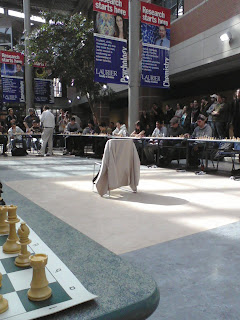 Even that chair was intimidating :) 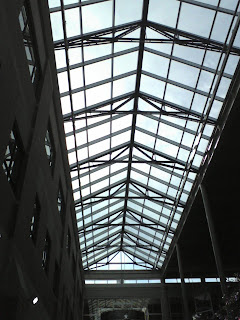 A few people rolled their eyes when I took this photo, but I couldn't help it. It was a beautiful day in a beautiful building! 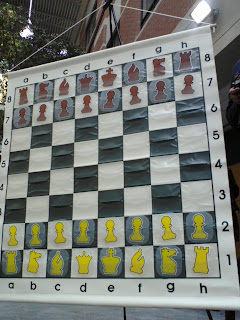 Mark's sponsors donated an assortment of chess equipment, including this giant display board, for use in the WLU Chess Club next year. I will be the incoming president of the club, and will work with Dr. Shodiev to organize activities + a team. I was surprised when Mark said there wasn't really a chess team he could play on when he was at York University, yet this simul alone gave him a lot of positive energy. Therefore, I hope to see chess increase at the academic level (especially in universities) in the future!

Thanks to GM Mark Bluvshtein and Dr. Hasan Shodiev for an amazing event!