Upcoming event for camels to explore! 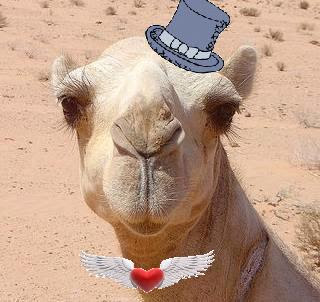 Part 1: The camels discover the game of "chess".
Part 2: Oscar discusses a "problem" with his opponent.
Part 3: Oscar explains "sandbagging" in the once-luxury game.
Part 4:
"Eventually, the royal game itself became an insignificant piece that would slowly fade away..."
The two camels looked at each other. Could Oscar be right? In the desert, humans and animals were taught to cooperate with each other in order to survive, not to pursue individual greed! How could a single game break such a long-held unity?
As the camels pondered this question, Oscar continued to win against his opponent. Both seemed tired. It had been a long day.
With one last hand movement, Oscar indicated that another game had ended. "My friend, it has been such a pleasure. Fond memories. And it seems you are improving. Would you consider joining me in the Ma'at tournament next week? It's one of the only competitions left in all of Egypt."
Oscar's opponent thought about it for a moment, and then nodded, "That sounds good. I'll be there."
"Great, I shall see you then. So long for now. Don't forget what I have told you."
With that, the two parted. The camels were alone once again. They began to reflect on their mysterious encounter. What adventures would await them in the chess world? What was this approaching tournament? The possibilities seemed endless.
...to be continued!!!
(Sorry, cut short due to illness. I'll try to add more when I'm better.)
Note: Ma'at is the Egyptian goddess of "truth, justice, and harmony", married to Thoth, the god of wisdom...
http://gwydir.demon.co.uk/jo/egypt/maat.htm
Posted by Hazel Smith at 11:21 PM